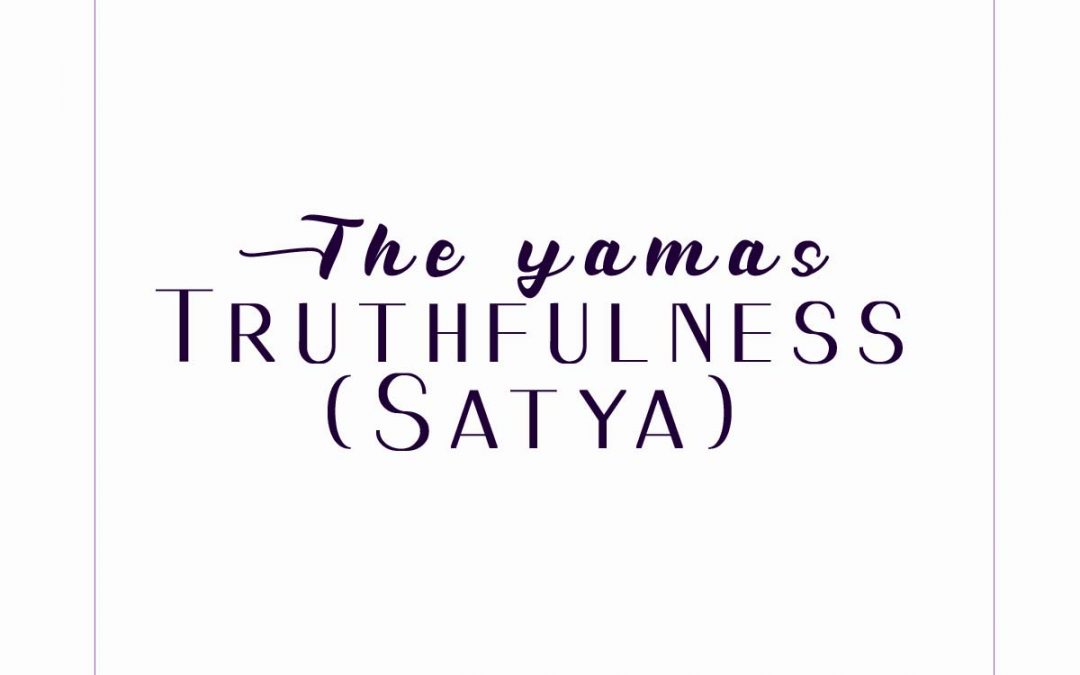 The second of the yamas is truthfulness, and is known as satya. The Sanskrit word sat means “that which exists, that which is”. The full word, satya, means truthfulness. In other words, reporting and seeing things as they really are, not as our minds tell us they might be or how people want us to see.

In our modern world I see two main areas in which we can exercise truthfulness. The first is with ourselves. Our minds can conjure some of the worst lies about ourselves, and we speak these words over and over to ourselves again and again. I won’t repeat them here; I’m sure you can come up with them on your own. But quite often we’re lying to ourselves. Whether it’s through the forced toxic positivity that some teach, or our own mental illness.

You are not whatever horrible bad things you’re thinking about yourself at the moment. I promise.

The other area is in the media we consume. This isn’t about what some people call the new channels, and it isn’t an attempt to “both sides” any situation. There are many times when the news we hear doesn’t contain all pieces of information or inflates others. It also obscures the truth. I’m reminded of our local media, which does nothing to report on what happens in our state legislature. Even though they’re saying nothing, they’re also not practicing truthfulness, because something is happening. The building isn’t empty; legislators are in residence. So what are they doing? For whom and why?

Truthfulness also plays a role in the fictional media, the television shows and books we enjoy. On one hand, watching something like The Lord of the Rings trilogy, it’s easy to think that it’s fantasy. Of course it’s not real. And alas, there are no dwarves, no real life riders of Rohan, and no elves. But, we can look at Tolkien’s own personal beliefs, and how he based these characters to see what he was trying to say. There’s truth in the saga of the one ring; we just have to look for it.

As a yoga professional, I have one other way of practicing satya, and that is listening to my fellow yoga professionals and calling them out when they’re doing harmful practices. Right now it’s vogue to say that yoga will “cure” chronic illness or fix someone’s mental health issues. I know I’ve received personal benefit from yoga, but a cure? No, and I’m not alone. Making sure that we practice the yamas to avoid harming someone and to speak the truth, means we speak truthfully and honestly about what yoga can do, and what it cannot do. If you hear a yoga professional making claims that in your lived experience isn’t true, think about why they’re saying something. And think about the difference between a cure and remission.

How are you practicing truthfulness today?