Returning to “Health and Fitness” on my own terms 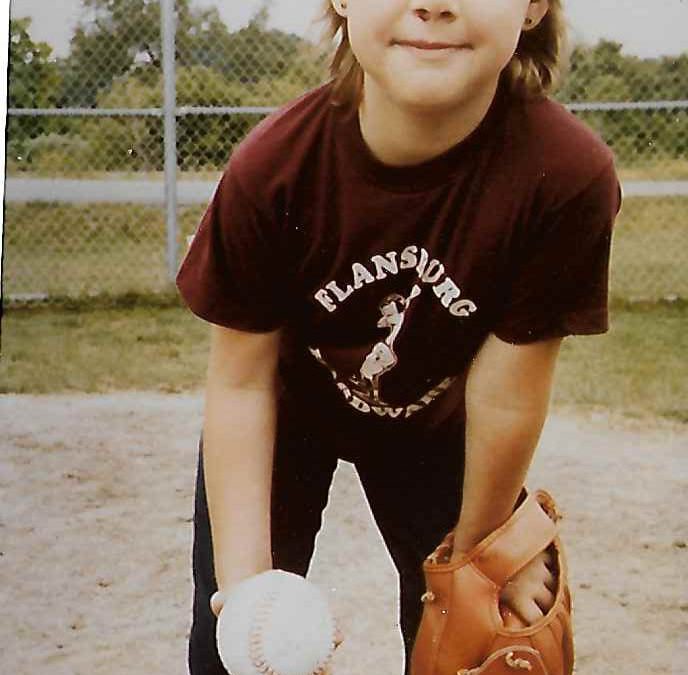 I look at the picture of the little girl (who so really desperately wanted to be a boy) in the photograph and I just start crying. There’s so much I wish she could have known. The first and foremost that there are words for little girls who want to be boys, or forego gender completely to be agender. But also that she is autistic and is most likely dealing with dyspraxia (a developmental coordination disorder). But by the time this picture was taken, even though I went out for t-ball and then softball every year, I had no one to play catch with, to help me learn and get better with the skills, and I just thought I sucked. The teams usually stuck me in the outfield and I prayed no one hit the ball in my direction. My mom used to tell the story, remembering the one time she could attend my games, when one of the parents yelled “Hit the ball right at her. Smack her in the head. She can’t catch!” and that pretty much summed up my t-ball and softball career.

I tried volleyball. I really liked playing volleyball and love watching it on TV during the Olympics. All I remember again is being not a good player and getting teased because our shorts were so short my underwear kept showing through.

Gym class was much the same. Though I liked doing archery and soccer and hockey was fun (Plus i got to kick/hit the bullies in the shins. Oops, I suck at sports, don’t you remember?) Other than that, I managed to get through gym class, though I did fail it one semester because all we did was play basketball and no one ever tossed the ball in my direction, not even when I stood beneath the basket and waited. I did, somehow, have a knack for dodgeball, but I think that was because I was good at dodging. Bullied kids learn that skill quickly.

Why am I rehashing this old and at this point ancient history? Because it was my whole experience with health and fitness. I’d carved out my niche as the fat smart kid and frankly occupied that space pretty much into adulthood. After my dad’s death I joined Weight Watchers and starved myself (and spent a lot of time at the barn working with my horse) to lose quite a bit of weight. I had a glorious summer where I finally learned to run a mile and went to the gym to run on the treadmills. But then mom’s care and my own health took priority and all of that went by the wayside.

And now, I’m falling in love with it all over again. Now it’s just me. When we take the “have to”s out of health and wellness, the requirements to attend PE class, the restricted, and frankly disordered eating, and simply learn to see fitness as a love letter to our own bodies, then it’s possible to think about what we want to do for health and wellness. After all, there’s a good chance our bodies haven’t received those love letters, haven’t been told that they’re good for anything, and so to do so is a totally radical act.